The ultimate Budapest Stag Do entertainment! What Stag Weekend would be complete without a bit of full on extreme Paintball action?

Paintballing is a classic Budapest Stag Do and for a good reason; running through forests, hiding in bushes, getting the old adrenalin going, and watching your opponents writhing about in pain!
A great opportunity to get some revenge on your mates for making you drink all those shots the night before, and prove your leadership and tactical skills in the field to boot. The game takes places over 10,000 square metres of real ex-Soviet military base ruins near Budapest, with burned out cars and a hangar serving as your defences. You will be supplied with the latest paintball equipment and 400 paintballs. If you think your stag party can handle a bit more ‘crazy action’, then add a surprise spot of mud wrestling to the Stag Weekend after the final shoot out.
The price includes:
Add to basket
From kr 437 / Person
Image gallery 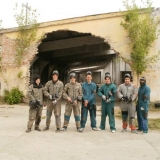 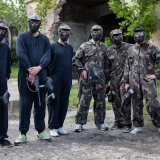 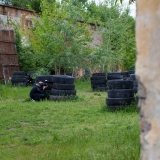 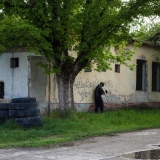 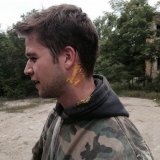 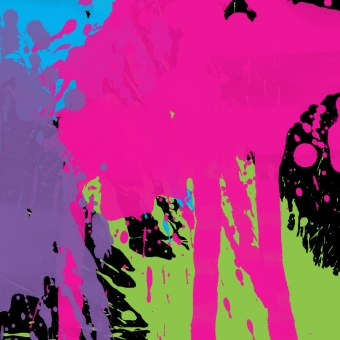 Thanks for your help organizing our super stag weekend.

Everything was perfect and Bogi and Anett very kind and helpful.

The restaurant was perfect too thanks. 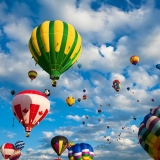 Always fancied yourself as Dirty Harry? Well go ahead punk! Book our indoor shooting range Budapest Stag Do! We are sure to have something that takes your fancy from AK-47s through to Glock 17's.

Its a game of two halves! Footgolf! Where football and golf become united 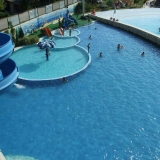 An adventurous Budapest Stag Do where you really can get your kit off and dive in head first. Go with the flow at one of the biggest aqua parks in Europe. 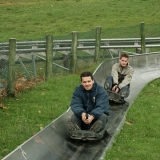 You and your mates can’t come all the way to Hungary and not try out our toboggan runs. An essential Budapest Stag Do for any Stag Weekend!